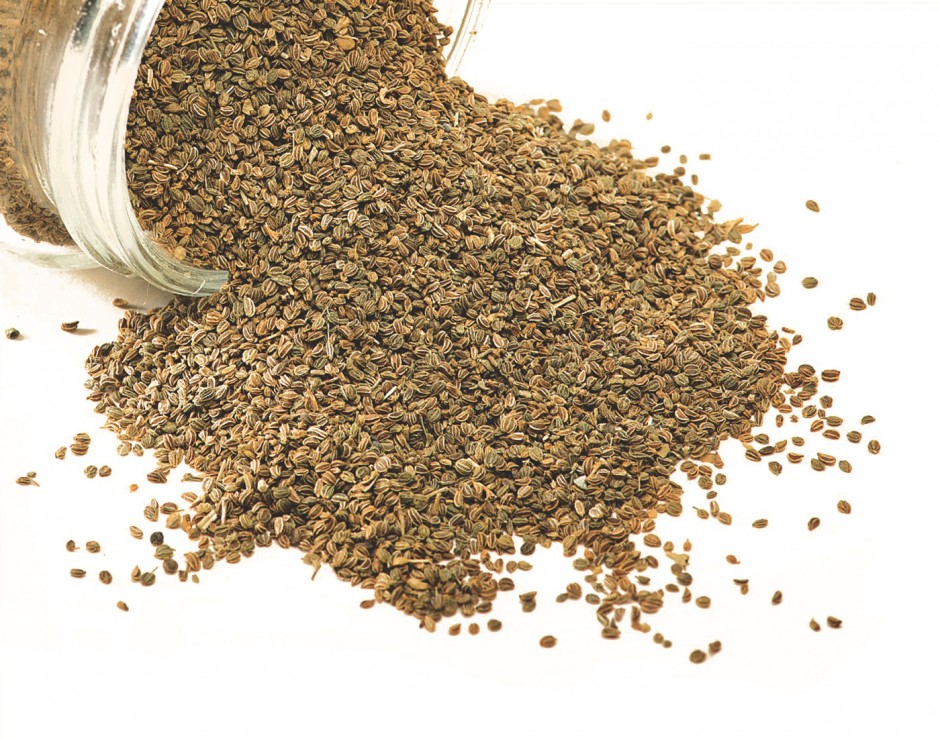 Since spices form the backbone of Indian cooking, I have decided to do a “Meet The Spices” series on the ones most commonly used.

Today let me introduce Ajwain. These highly fragrant seeds are used in numerous Indian foods both vegetarian and non-vegetarian. Ajwain packs a strong fragrance and flavor punch so is only ever used in small quantities. Besides being a flavour enhancer, it is also a digestive! A strong decoction made from steeping Ajwain seeds in boiling water, is the most commonly used remedy in India, for upset tummies.

If you are keen to experiment with Ajwain, here are some recipes that call for its use…

Ajwain seeds are pale khaki colored and look like a smaller version of cumin seeds. They are highly fragrant and smell and taste like thyme (with a stronger flavor).

Ajwain is mostly sold in seed form since it is rarely if ever, used as a powder in Indian cooking. If you ever require the powdered form, it is advisable to buy the seeds and grind them at home as required.

Tadka or Tempering is a cooking method in which cooking oil is heated till very hot and whole spices are added to it and fried. This oil and spice mix is then added as a final touch or garnish to the dish. In Indian cooking, Ajwain is often part of the Tadka in a dish. It is used in small quantities and almost always used cooked. This is because of its strong, dominant flavor. Ajwain is also used in vegetable dishes (for its distinctive taste) and pickles (for its preservative qualities). Ajwain has properties that help it reduce the flatulence causing effect of beans. It also aids in digestion.

Like coriander, cumin and fennel, Ajwain belongs to the Apiaceae family of plants. When distilled, Ajwain produces Thymol. It has been used for ages past as a medicinal ingredient in Ayurveda!

Uses other than cooking:

Find us at Skarnu street 7, Riga (Old City) That's in front of the St. Peter's Church